5.0 out of 5 stars
Simple but effective
By
Tiiu Leek – See all my reviews
This review is from: AB-Inforcer® (Health and Beauty)
The Ab-inforcer has really helped to strengthen my core muscles. The lighted remote device lets me know if I am doing the exercise correctly and optimizing my workout. Hence the expression: keep your lights on. If you’re using the muscles correctly, the lights on the remote will turn on. If not, you make adjustments. As my abs have become stronger, my low back pain has been reduced. It’s a lightweight, simple but effective helper to prevent further injury. I can recommend the Ab-inforcer without hesitation. I love it!

Exercise has helped to make me feel better in general. The targeted program I do with Lee, using the ab-inforcer, has really helped to cushion my spine from the inside and my abs stronger. I lift grocery bags, my small thirty pound dog, large water bottles, etc. using those muscles and preventing further injury.


When I am doing the exercises designed for me, I am not as aware of the pelvic nerve pain …maybe the endorphins help me to get up and over that pain. Let me just say, I’m not a dedicated fan of exercise…but I do like how I feel after it… so I’ll just continue.”


There are so many who deal with Chronic pain and exercise in good form has been proven clinically to assist in pain management for a variety of reasons: Endorphins (300x’s as potent as morphine are released), muscle is a powerful tool and the more we have the more it assists us structurally…There are so many more benefits, these are just a few! 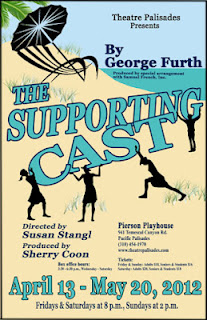 Tiiu is making her amazing stage show debut in the Supporting Cast at Theatre Palisades.  Her physical role she takes on here is a tribute to her hard training and use of the AB-Inforcer!

Tiiu Leek was born in Montreal and raised in Toronto, Canada by Estonian refugees who escaped to Canada after World War II. Her impressive and varied career began in the late 1960s, with modeling contracts taking her to England, Europe, the Mediterranean, and the United States. In the 1970s she started her acting career in Canada and moved to Los Angeles in 1977 to pursue her career in television. She became a tv news anchor and reporter at KTLA and KCOP. While at KTLA, she was the recipient of two Golden Mike awards. She has also appeared as a guest in several television shows and films. She lives in California with her husband and is active in community service projects.

Georgia Southern College of Engineering Partnership Success Story (FOR THE FULL STORY, LINK IS BELOW) This established California resident...

JOIN THE AB-REVOLUTION! OUR EDUCATIONAL HUB AND HARDWARE WILL CHANGE AND OBJECTIFY YOUR CORE GAMING EXPERIENCE. AB-Vanced NEU-Spine® is a fitness...

Golf Season is Here: Prepare Your Back!

If I had a dollar for every time I am asked the secrets to length off the Tee at any age, I always have the same answer: “Get Dr. Stuart...